Yesterday was a tough day for our family.

You see, on January 1, 2007, our family took a huge leap of faith.  I'd just resigned from my career in the IT industry so that Jennifer and I could work as full-time media missionaries, creating podcasts and video and other fun resources to help people through life.

Given that we'd just taken a huge financial risk by giving up health insurance and a steady paycheck, we're still not sure what compelled us the next day to adopt a rescue dog.

But this 9 month old black dog named Jody just seemed to pick us, as if we were already hers.  As we were deciding what to do, she even let our then two-year-old son Tommy slowly lead her along by a leash, staying by his side with each step.  She was gentle and playful and there was just something about her that made our entire family know she was supposed to come home with us.

Soon after, we began producing our That Catholic Show series and Jody played a major role in the very first video (but my favorite Jody appearance was her cameo in episode 7). 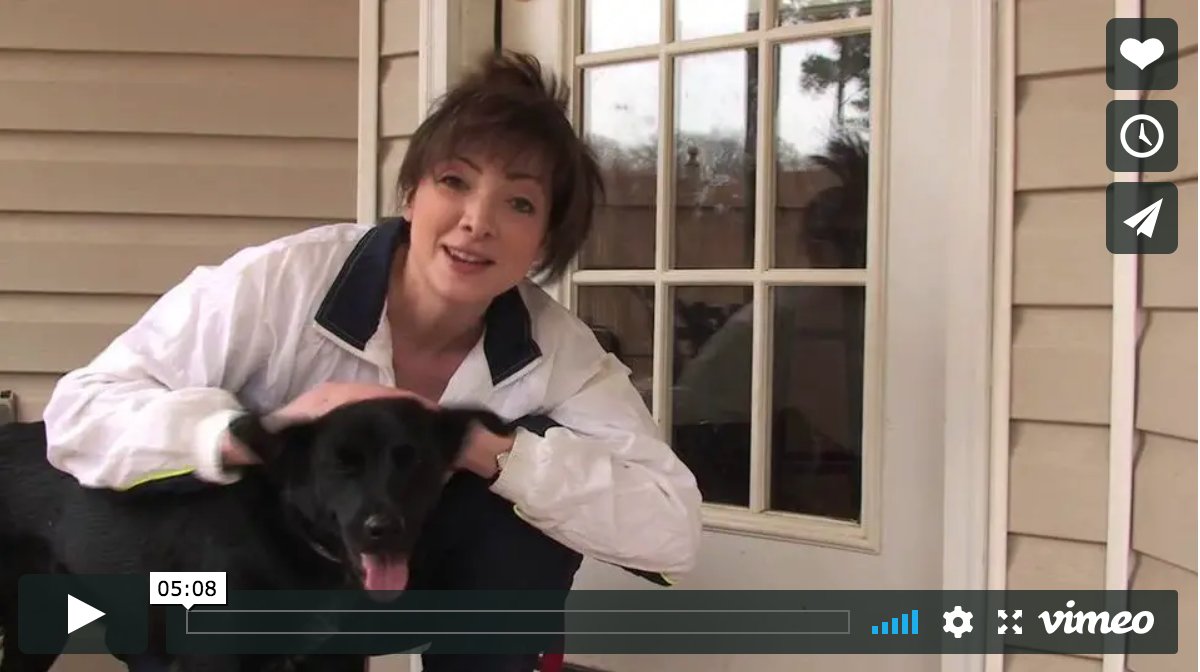 In the ensuing years, Jody's occasional barks and jangling chains made many appearances on various podcasts and our former radio program on SiriusXM.

She watched over our daughter Lily when she was born in 2009, and was there with us every step of the way through future job changes and two cross country moves.

When Jennifer's mother moved in with us a couple years ago, she and Jody -- now over a decade old -- developed a certain kinship, these two elderly ladies regularly resting within close proximity of each other on the main floor of our house.

Then earlier this week we noticed a large mass on Jody's right side, and she suddenly became lethargic and stopped eating.  When we took her to the vet on Tuesday, it was suggested that a series of medications could bring down the inflammation in her kidneys, pancreas, and stomach. But two days later, the mass had nearly quadrupled in size and the doctor confirmed what we already suspected.  The mass was inoperable and there was little we could do to ease Jody's pain. 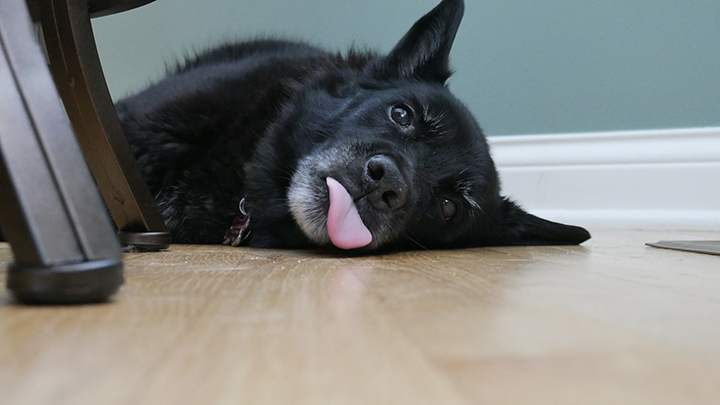 So while Jennifer and our son, Walter, stayed at the vet, I drove home to get the other kids and my mother-in-law so they could say their goodbyes.  Even though Jody would soon turn thirteen, we were all in complete disbelief that her end was already here.

We all gathered then around this suddenly very old dog who never stopped acting like a puppy until this very week.  We said a prayer and thanked God for our time with Jody, and for giving her to our family.  And we sat with Jody as the doctor administered two shots and our good girl took her last breath.

We knew this day would happen.  Animals and humans all come to their inevitable end.  But still, we were as shocked by our grief as we were by Jody's sudden illness and death.

When we returned home, we put away her dog dishes and swept the floor.  We saw her everywhere we looked.

As the day progressed, we were all very, very tired.  We made the obligatory Facebook post and were comforted by the kind words that so many people shared.

Jennifer, exhausted from grieving with the children and from her own sadness, went to bed at 8:00, an unusually early hour for her.  Our younger three kids began prepping for bed shortly thereafter as Walter and I attempted to distract ourselves with an inane 1990's Adam Sandler movie (Billy Madison, for those who are curious).

But then something completely unexpected happened.

He jumped up and went to the front door where three of his friends stood in the dark bearing gifts: two pizzas, and boxes of cookies and muffins.

They'd seen Walt's own Instagram post from earlier in the day and came to cheer us up.

So Jennifer got out of bed.  The other kids came back downstairs.  Tommy brought his rabbit, Hazel, to the living room, and our cat Marty came in to see what all the commotion was about.

For the next hour we ate and laughed and played with our two remaining pets.  Our children forgot about their grief for awhile, as they laughed with Walter's friends.

And so did we.

We were comforted by others who Jennifer and I barely even know.  These three teenagers, all recent high school graduates, had the character and thoughtfulness to seek out and comfort not only their friend, Walter, but his family, as well.

Some people may say Jody was just a dog, and that perhaps we were taking it too hard.  But these three teens saw what yesterday truly was: an opportunity to bring joy to the lives of others.

I went to bed last night thinking not only of our good fortune at having had such a good dog in our family, and from experiencing the unconditional love of one of God's creatures in this mutt of various breeds.  But more than anything, I found myself so grateful that three wise teens showed up at our door late at night bearing gifts of food, compassion and love.

Who do you know that could benefit from an unexpected phone call or visit from you this weekend?

Your sudden appearance may mean more to them than you will ever know.

Yesterday was a tough day for our family.  But it was a very blessed one, as well. 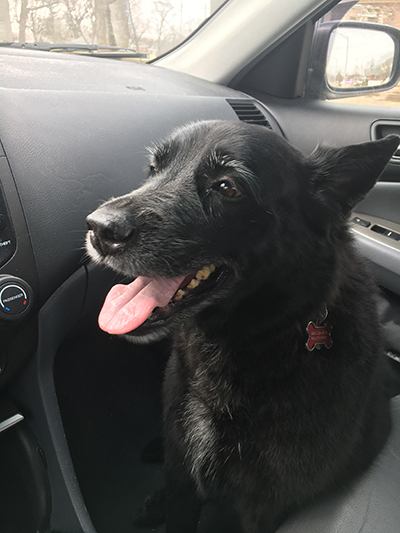